I spend so much time talking about Micah but I have another kid named Quentin. He’s 6 months almost 7 months old. He is a very very good baby. He eats well and sleeps well. He has such a tender and gentle personality. Quentin gets frighten really easily which doesn’t help having a loud two year old around. Micah really likes to scare Quentin. Quentin is also very tough because he has to withstand wrestles and toys being thrown at him. Poor little guy. He can sit but has no desire to start crawling. 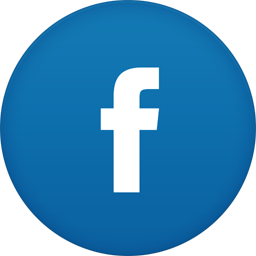 I caught him red handed. 😆 I guess he wanted the whole bowl of cinnamon sugar and butter on his cereal. 😧😋 "mmmm yummy!"
Well guys thanks for sticking with me for the past 52 days. Indiana's stay at home order was lifted yesterday. Businesses started to open with increased social distancing measures and travel restrictions were lifted. We are allowed to have groups up to 25 people but most people are still working at home if possible. Don't forget to wash your hands often and wear a mask out at the store. This battle isn't over and we are in it for the long run (21,033 cases and 1213 deaths). Be smart and stay safe. Thanks for letting me share a little part of our lives with you while Dallin worked long hours at the hospital. You all filled my extrovert social bucket and I really appreciate it. Staying at home is our new normal and we are ok with that! Yesterday, we had a lesson on sacrifice, ate cupcakes, and taught the kids about computers for family night. The kids love computers a lot! This "stay-at-home" order been a blessing and taught me many things. Some things I learned are that emergency preparedness is essential, find joy in all the simple things of life, it is possible to build relationships even if we are quarantined, and God is with us everyday. My bread making had gotten a lot better too! I still owe a bunch of you my gluten free bread recipe. I haven't forgotten! 🙊
Which child destroyed my seasoning drawer? You get 1 guess. Hopefully a few sprinkles won't kill my spaghetti sauce. Lol!
Day 52 - Life got busy with residency and covid19 so we never gave Cumorah a baby blessing until today. She wore her great great grandparent Francis Hayden's blessing outfit. The outfit is 120 years old dated 1900! Our whole family and our bishop participated by watching it on Zoom. We feel blessed that this pandemic allowed Dallin​​ to perform a baby blessing at home and not have anyone travel 2000 miles. ❤
Day 51 - Saturday cleaning plus haircuts... haircuts. 😑 I keep telling Dallin that the first thing I want to retire from is cutting hair. I don't enjoy cutting hair at all. I hate getting hair everywhere... the floors, the tub, the sink, etc. I hate getting hair on myself and feeling itchy but it is part of parenthood especially with 3 boys! Their hair grow like weeds. Dallin tells me that I will never be able to retire because he only likes when I cut his hair 😬😘 or he will cut it by himself but he can't see the back. 😂😅 It saves us time and money to cut our own hair. It doesn't always turn out amazing and you can always get that wild card when a cut goes wrong. 😂 At least it will grow back, right?
Day 50 - Reverse photobomb. I'm distracting Dallin from working by asking him to take a selfie with me lol. Dallin did have to go into clinic this morning to do some well child visits. Yes, those are still important during a pandemic especially to keep up with kid's immunizations! Then my endocrinologist office called me to let me know that I have a virtual visit on Monday and that I needed to go in today to get thyroid labs done. I honestly thought they canceled my appointments because of covid19 but I would much rather have a virtual visit anyway. All these new changes (virtual visits, pick up/drive tru everything) makes being mom so much easier. Can this just be a new norm?! 😂👍 After Dallin got back from clinic, I went to get labs. It is truly a blessing for him being at home more! The hospital was super strict on masking and screening everyone. The sick patients went in a different side of the building so I felt pretty safe. They made me put on a mask above my mask! Dallin and I made and ate cookies after the kids went to bed. 😆 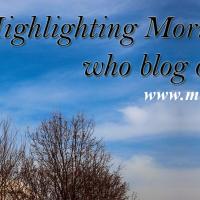 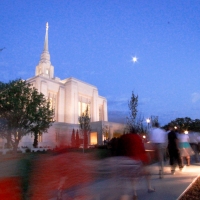 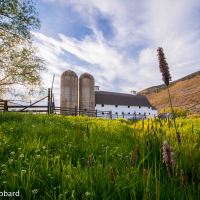 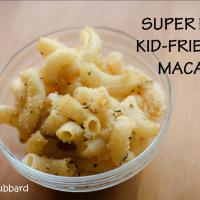 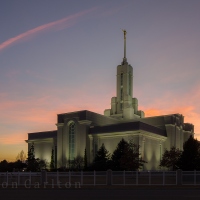